There is no greater visible realization of change in the Amish culture than on the farm, at least for the mainline Old Order Amish. Mechanization is the most obvious.

The grain harvest, wheat, oats, and corn, required manpower. Community circles were formed to help with bringing in the crops. The men and boys went from one farm to another until everyone’s harvests were completed. This happened over a period of weeks.

Because agriculture is no longer the number one source of income for most Amish families, the rules have changed to make the harvest more efficient, requiring fewer sets of hands. The majority of Amish men now work in shops, either on their own property or away from home. Or they work on construction crews, and in local businesses. To make it easier for those still engaged in farming, which is less than 10% of the population, motorized equipment like this Bobcat are permitted to assist the harvesting process.

In this case, the farmer lifted the large round bales of straw onto the horse-drawn wagon guided by his younger brothers. Previously, several farmers lifted rectangular hay bales onto the wagon, and then unloaded them into the barn, also by hand. The workhorses are essential to keeping the Amish farm Amish. They are the tie that binds the Amish to the land.

It may seem hypocritical to some, but to the Amish, it’s simply a way to keep the agricultural lifestyle. Change happens, and I suppose this young Amish farmer is glad it does.

“Signs of change” is my Photo of the Week.

Cute as it looks, this photo shows much more than a grandson riding along as his grandfather encourages a team of workhorses across a farm field. This exemplifies the hands-on part of an Amish education. Children learn at a young age how the work gets done, whether on a farm or in a shop or the house. It is practical, productive learning at its finest.

“Helping Grandpa” is my Photo of the Week.

The precipitation continued on the backside of a cold front that had passed before dawn. No one in the family restaurant when I met a friend for breakfast grumbled about the morning’s sogginess.

The polka dotted landscapes complemented the already picturesque scenery. You would think that red, yellow, crimson and orange spots on green and brown foregrounds would color clash with the soft leafy linear swaths of the rainbow backgrounds. But they didn’t.

One needn’t go out into the mushy elements to inhale the dampened beauty. Leaves cascaded diagonally outside eight-paned rectangles creating natural kaleidoscopes. Out of sight far beyond the windows, a Pileated Woodpecker squawked.

By noon, the rain transitioned to intermittent drizzles. A strengthening sun burned occasional breaks into the misty layers. Glimpses of indigo broke through the unstable gray breeches.

The precipitation regrouped, however, and quickly closed ranks, healing the cracks in the overcast. The quenching rainfall continued off and on the rest of the day.

Strong southerly breezes kept the temperatures tolerable, enough so that windows still stood partially opened to catch what could be the last of autumn’s real warmth. Even when the air chilled in early afternoon and clouds continued the gloominess, fall’s vivid colors boldly splashed bright beauty.

The entire situation seemed improbable, if not impossible. The grayness continued, but the colors radiated as if the dullness invigorated them. Decorative pumpkins glowed more orange. Burgundy mums became potted beacons, like so many buoys, and we were nowhere near a harbor.

Life in Holmes County, Ohio continued unabated by either the showers or the splendor. Traffic actually appeared heavier than normal, both on the highways and at the bird feeders.

Commerce bustled. White-breasted Nuthatches scurried headfirst down a sugar maple’s crackled trunk, hopped to the feeder, and back to the tree satisfied. Blue Jay acorn wars ensued with flashes of blue and clarion victory calls amplified by the dampness.

Nightfall came even sooner than it should have. The persistent cloud deck manufactured more rain. With colder days too soon ahead, any farmer will tell you that it is much better to have the ground well moistened before it freezes.

With no prior killing frosts before this day, I didn’t want to even think that way. But I knew the farmers were right. The rains were welcomed.

It was only one day out of many such fall days. Yet the wet weather, the peeks of sunshine, the brilliant colors, and the lushness of the yards and pastures for this late in the season became a compilation of the cyclical suite we call autumn.

My choice would have been a wind still day filled with fluffy clouds sailing through cobalt skies, a bike ride in short sleeves or a walk in the woods, binoculars and camera in tow. Fortunately, the weather is not yet under human control.

Like my farmer friends love to say, “We’ll take what comes.” It’s what we did, and I was more than grateful to be able to do so.

The cold and wet of winter and early spring seemed to be unrelenting. The constant breezes made already cold days seem even more so, and damper than they really were. It felt like the wind had blown nonstop since Thanksgiving.

To paraphrase John Heywood, who first penned the words in the 16th century, “It’s an ill wind that blows nobody any good.” That’s the way I thought of the many persistent gales that delivered us storm after storm for four months.

We here in northeast Ohio have endured a variety of weather elements for too long. Snow, sleet, freezing rain, ice, fog, torrential rains, flooding, and bone chilling temperatures have all been part of our weather menu. However, it has been the relentless wind that has been the most bothersome. It made even a sunny spring day seem like February all over again.

Day after day the icy wind seemed to go right through you. It was that bad. As much as I love weather, I had about had it with the unyielding gales.

I am glad, however, that the wind does aid farmers by drying out the mushy soil so planting can begin. But I pity the many Amish farmers who have had to spread, plow, harrow, and plant in the endless blusters. They and their trusty draft horses had to be freezing.

There’s another hazard to wind. Wildfire danger increases when steady breezes dry out already brittle dormant foliage and grasses. That’s one reason why spring’s quenching rainfalls are so welcome, even if they are accompanied by nasty winds.

On a recent trip to visit friends in Leamington, Ontario, a steady wind buffeted our van on the trip north. Along the Ohio Turnpike we spotted a Bald Eagle soaring against the northwest wind over an open field in search of prey.

We discovered that the weather in Ontario, including the wind, hadn’t been any better than ours. Indeed, we wore sweaters and jackets during the extended weekend.

The only exception was our last day there, Monday, April 15. That day dawned in beauty and quiet. The sun shone brightly as we said goodbye to our friends.

By afternoon as we reentered the U.S., the wind had once again picked up. At least it helped push us homeward as we traveled.
I was glad to see the sun, and feel its welcome warmth. Perhaps the stubborn winter weather systems that brought the chilling blustery northwest winds had finally been broken.

Shortly after 4 p.m. I turned on the van’s radio to listen to the news. From the announcers’ demeanors we knew that something serious had happened, only neither my wife or I were clear as to what the problem was. As we listened, we learned of the bombings in Boston.

Like most good people of the world, we were horrified. It was an ill wind no good citizen could ever have anticipated.

Tolerating a persistent cold wind is one thing. Enduring a terrible, intentional act of violence is another concern altogether.

We must live our lives as best we can, embracing each new day with gusto, hope and a fearlessness that no harsh wind, natural or man-made, can destroy. 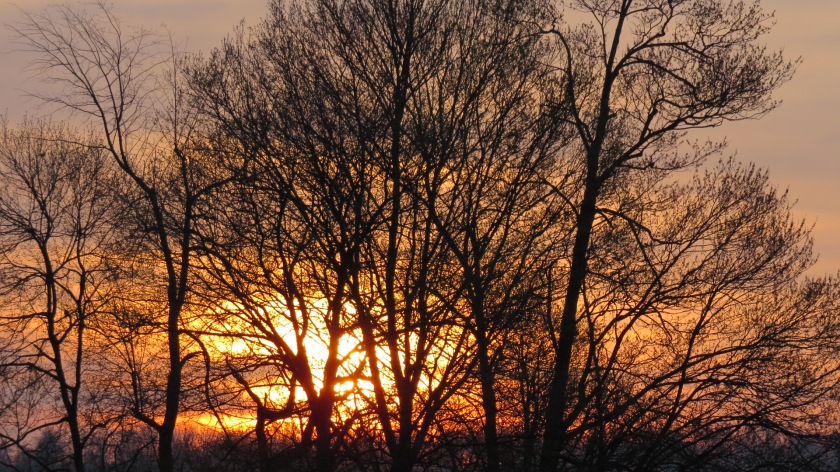