I was hoping for a decent sunrise when I walked onto the dock at Lakeside, Ohio recently. Turns out, my timing and the sunrise couldn’t have been better.

Just as the sun broke the horizon on Lake Erie, the first ferry of the morning slid into view. Sailing north from Marblehead, Ohio, to popular Kelleys Island, the ferry provided an additional center of focus for this shot.

You can see passengers on the upper deck enjoying the gorgeous show. The sunrise alone probably made the price of their tickets more than worthwhile. 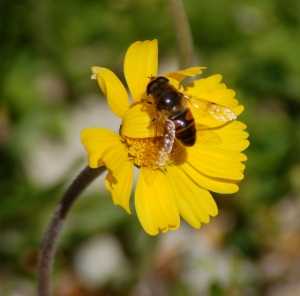 The Lakeside daisies are in full bloom. That may not sound like earth-shattering news. But apparently due to the unusually warm winter here in Ohio, the daisies, like most other flowers, plants and trees, are blooming early. Plus, if you are a lover of all things nature, and especially wildflowers, you don’t want to miss this yellowy exhibition.

The Lakeside daisies are particularly special. They only bloom in a limited number of locations on or near the Marblehead Peninsula in northwest Ohio. In addition, their buttery blooms only last a week before they begin to fade. If you want to see them in person, you had better make tracks to the Lakeside Daisy Nature Preserve near Marblehead. My wife and I were there Sunday, and the preserve was a splash of yellow against the dull limestone gray ground.

The daisies growing in a small patch inside Lakeside were beautiful, too. They’re located right along the Lake Erie shore at the east end of Lakeside near Perry Park.


Unfortunately it looks like the blooms will be gone before Marblehead’s annual Daisy Days scheduled for Mother’s Day weekend. Naturalists will lead walks through the preserve, so you can still learn a lot about the lovely little flower even if they aren’t blooming.

The Lakeside daisy (Hymenoxys herbacea) has been listed as an endangered species by Ohio since 1980. If you can’t make it to see this beautiful flower in person, enjoy the photos I took Sunday. If you look closely, you’ll notice some of the petals on the flowers are already starting to wilt. 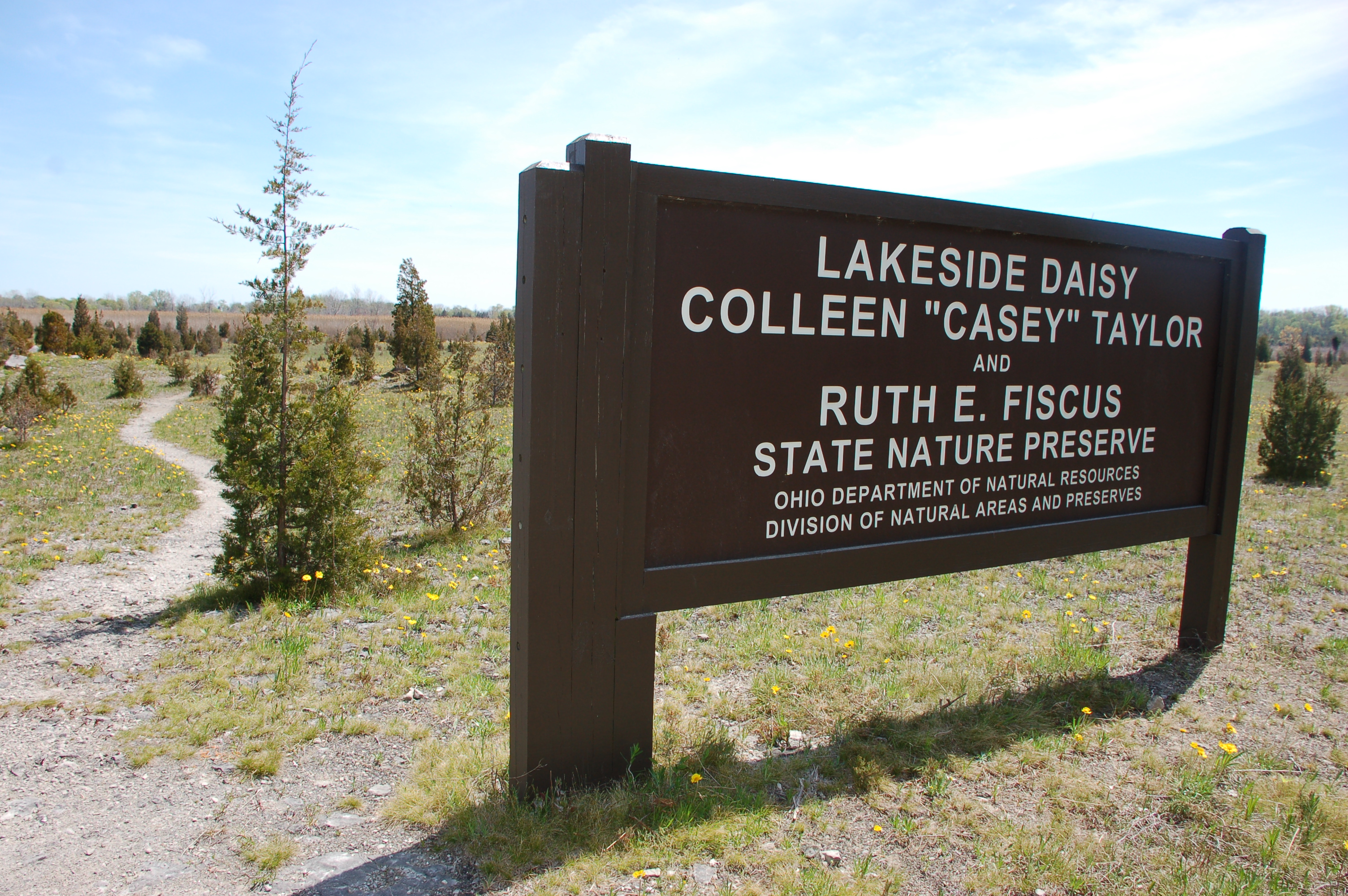 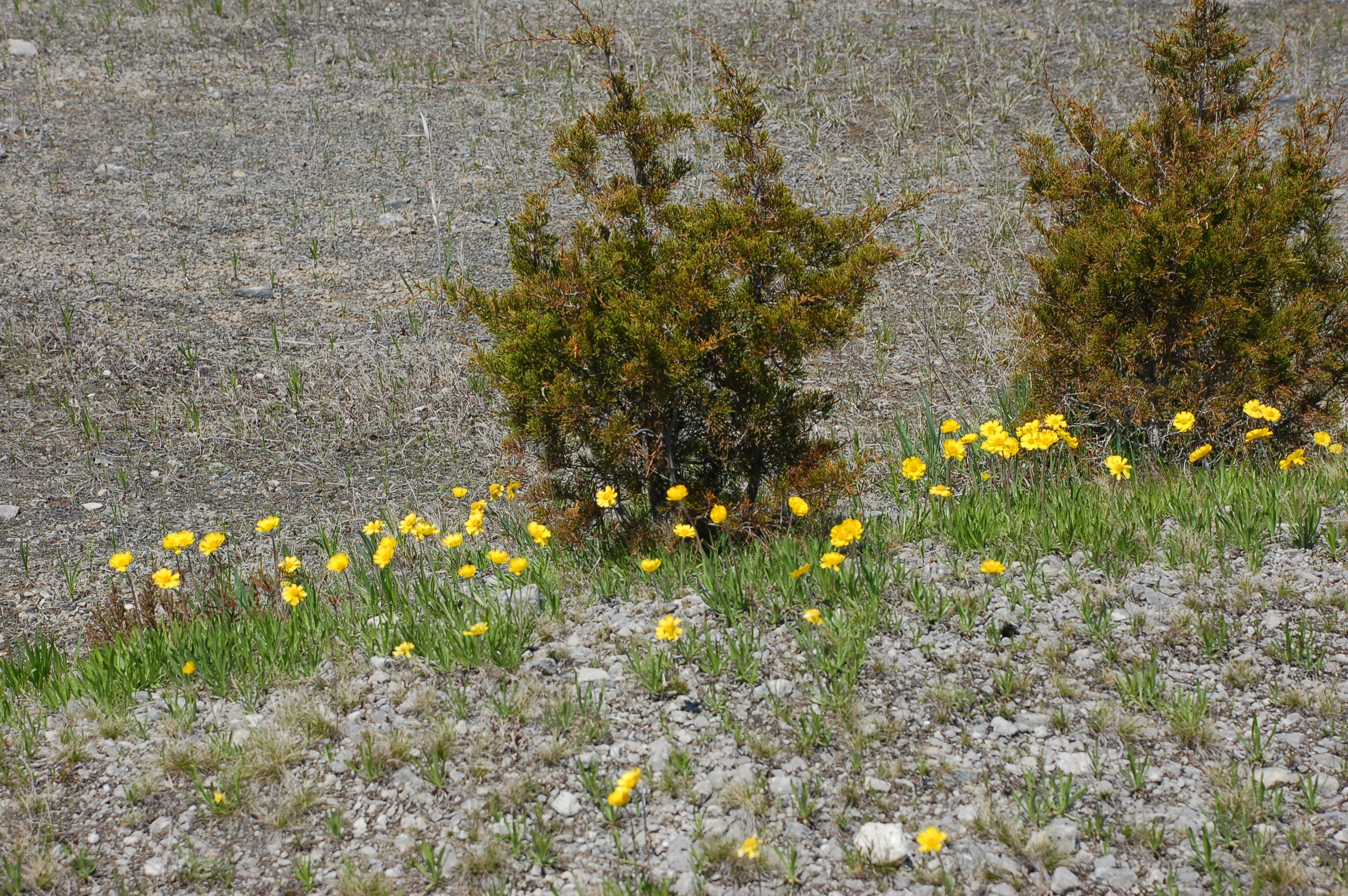 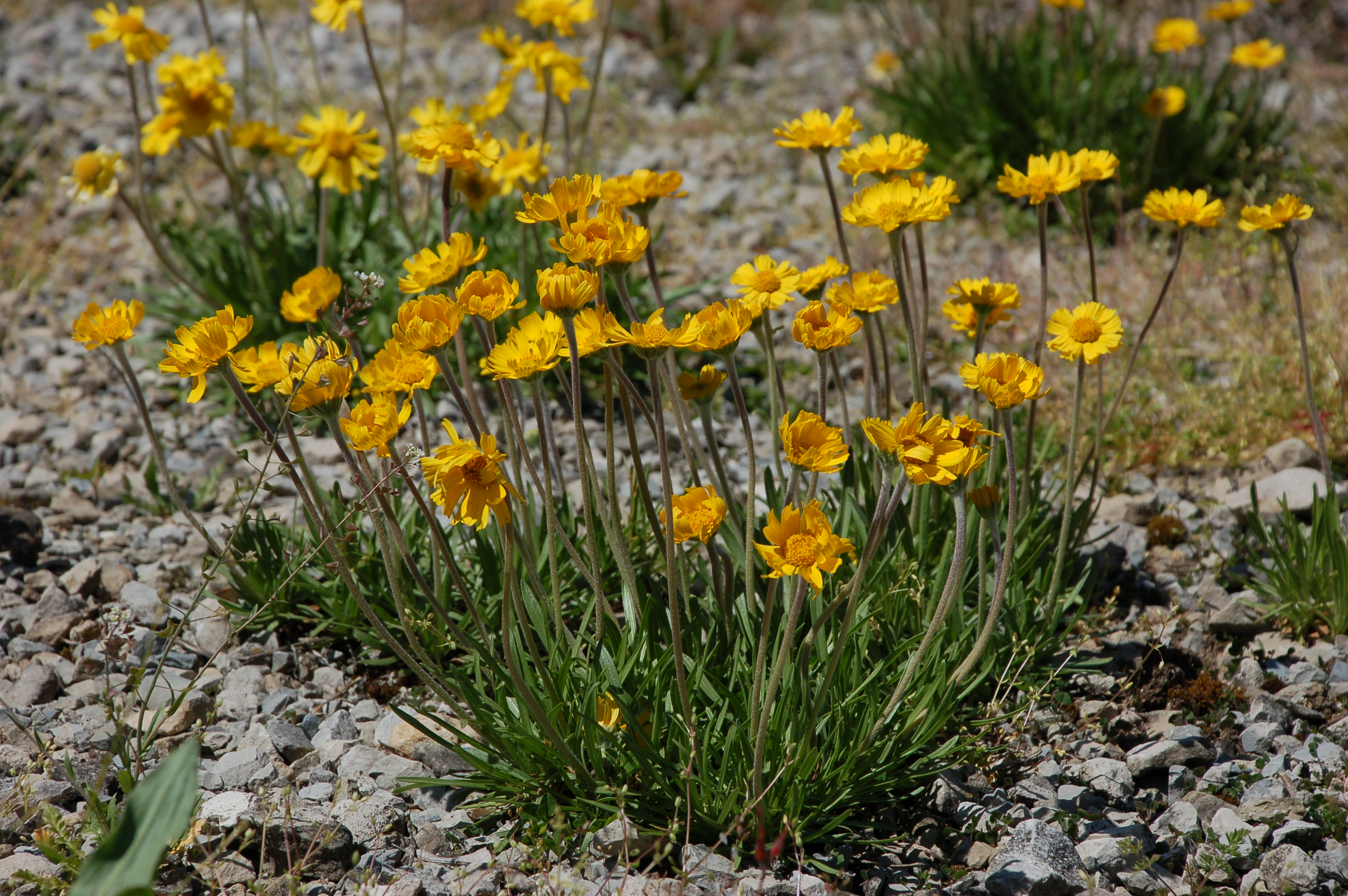 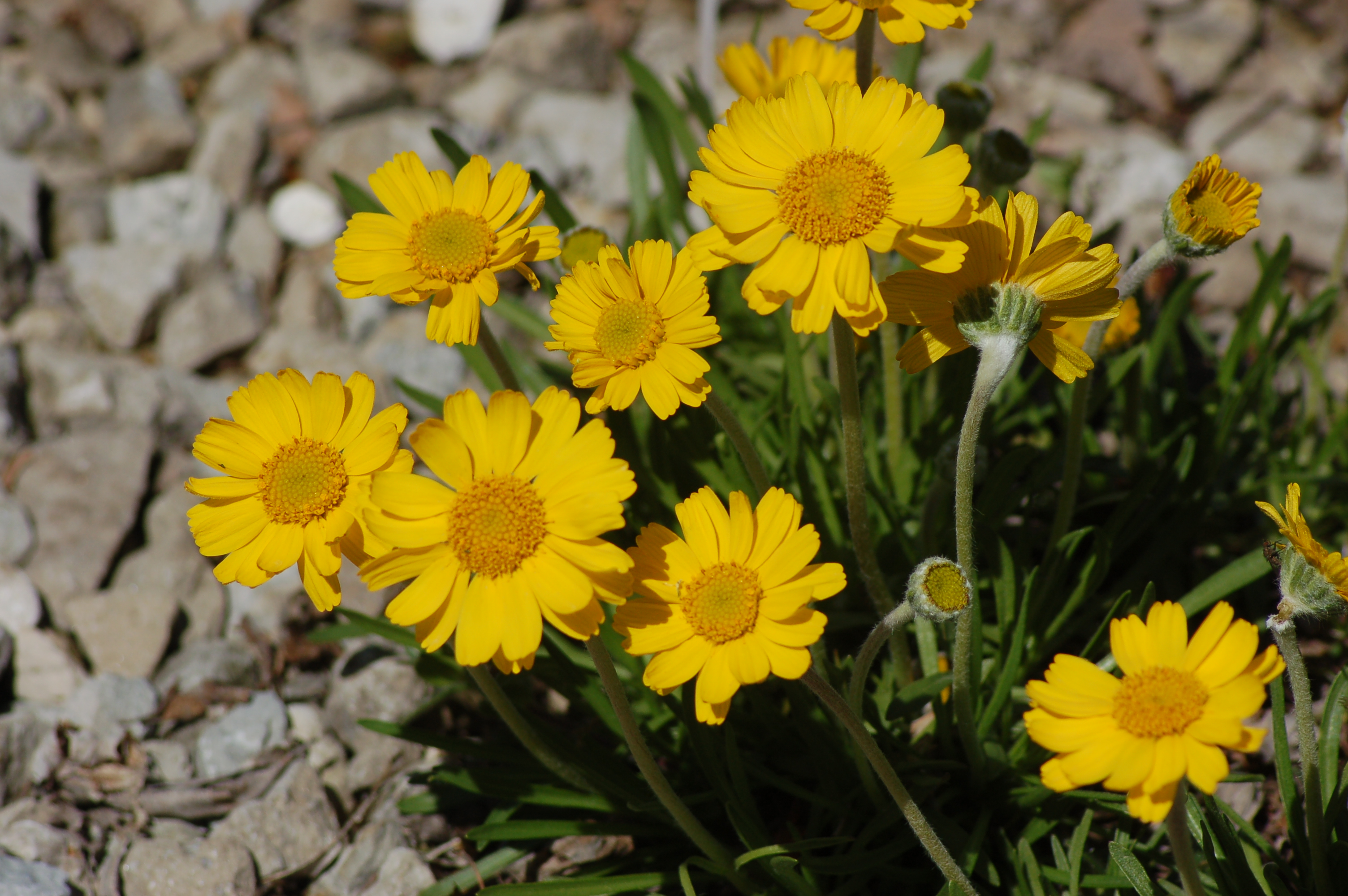 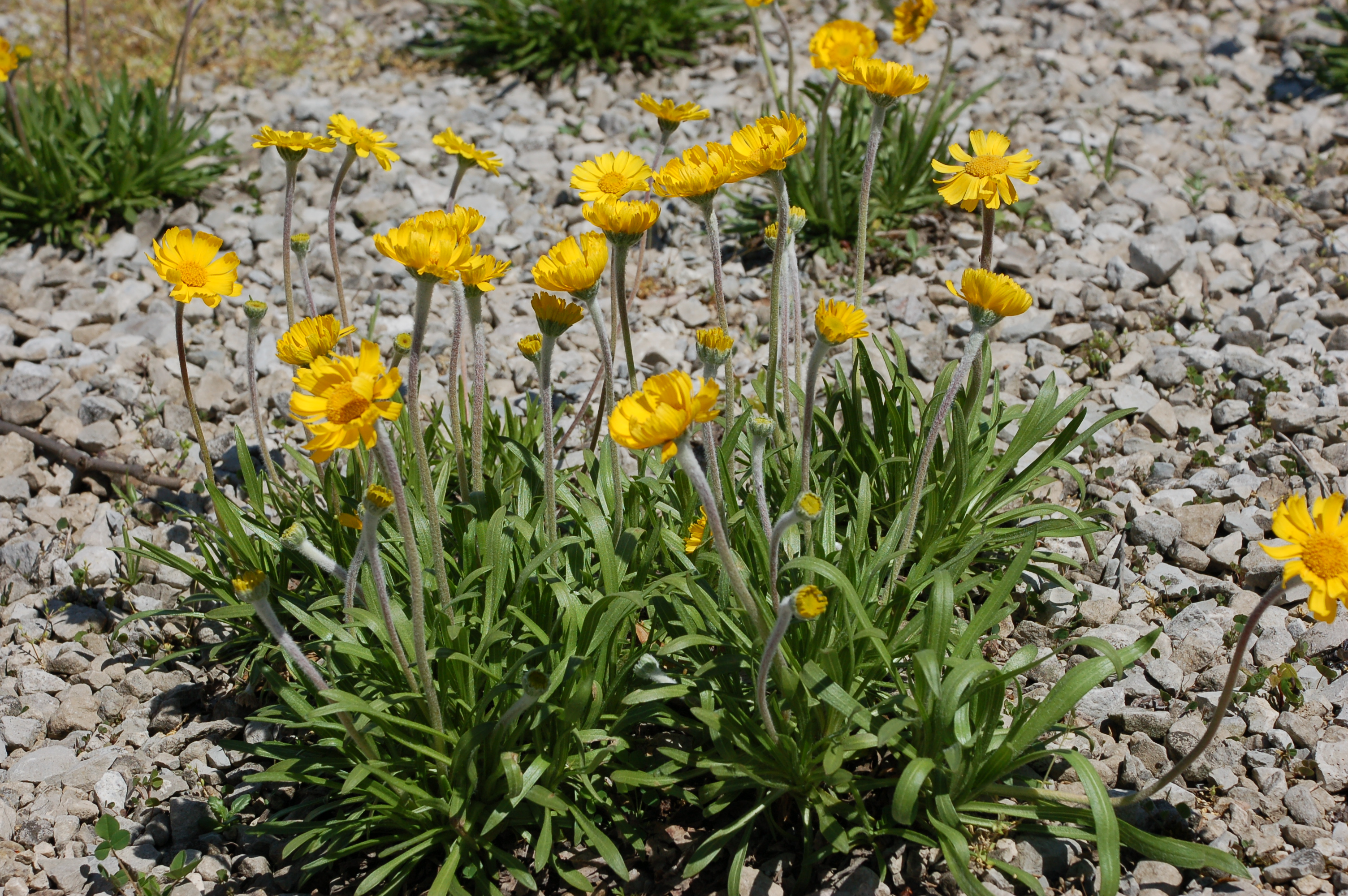 The day after my favorite resort town, Lakeside, Ohio, ended its gated season, which was Labor Day, I began to see the place in a different light.

Like Cinderella’s carriage, the town had transformed into its natural state overnight. Streets that had bustled for weeks with pedestrians, bicycles, golf carts and motorized vehicles suddenly became quiet. Lakeside’s population had dropped faster than the stock market.

Cottages that had housed happy families all summer were now boarded up for the winter. Businesses once crowded with customers were also shuttered for the season.

Maintenance crews made their rounds undoing what they had worked so hard to ready three short months ago. They picked up the traffic and parking signs needed to control the passage on the narrow streets with limited parking.

The workers seemed to be in no hurry whatsoever. Perhaps sensing the newfound quietness themselves, they soberly went about their business, the crackling of their portable radios occasionally breaking the hushed spell.

Their pace could have been from the day’s extraordinary heat as much as it was lack of ambition. The land wind wasn’t much help, blocked by the combination of the southerly rise of the peninsula itself, the town’s closely packed cottages and buildings and the giant hardwoods that overshadowed everything.

The only relief, if there was any to be had, could be on the dock, which protrudes a football field length into Lake Erie. Normally crowded with sun worshippers, fishermen, and people just wanting to soak in the scene, I nearly had the cement pier to myself.

The afternoon sun blazed away, and the wind was fierce, but cooler than in town thanks to the lake. I faced my folding chair east away from the wind. I was glad I had.

I had taken both camera and binoculars to while away the time. I enjoyed just scanning the broad horizon that stretched from the islands to Marblehead, where a huge freighter was moored at the stone quarry.

Ring-billed seagulls found security from the wind in the lee of the dock. One played King on the Hill. It had landed on a slightly submerged rock, and lorded it over all the other gulls that floated in the choppy water.

High above, another bird caught my eye. An osprey sailed with the wind, searching the shallow waters near the shore for unsuspecting fish. Its mate soon joined the hunt. They circled and hovered but always wind-driven east were soon out of view even with binoculars.

I put the glasses down and quickly noticed smaller, streamlined birds dive-bombing the water. They zigged-zagged and glided, then rose up and hurled themselves into the lake like rocks, but only for a few seconds. The small flock of migrating Common and Forster’s Terns put on quite a show in filling up for the long journey south.

Suddenly the stack of the freighter let loose sooty puffs of diesel smoke. It had taken on its load and was ready to sail. Even though I was upwind and a mile away, I could hear the huge, powerful props churn the water as the massive boat slipped away.

In less than 20 minutes, it had turned northeast for deeper water, destination unknown to me. I, however, knew mine. I returned to our hospitality house for dinner, glad I had taken the time to observe Lakeside in a slower, even more peaceful mode than usual.