I am honored to report that today I received the University of Akron’s Wayne College Regional Writers Award for non-fiction. Since I’m naturally too modest to say much about myself, friends and colleagues encouraged me to share this winning essay with you.

I have always been enamored by names.

By names, I mean the title affixed to something, someone or someplace that transcends the given moniker of the object, the person or the place.

When I moved to Holmes County, Ohio many moons ago, I immediately picked up on the custom of speaking in this sort of colloquial code that was neither an accent nor a dialect.

People spoke of names for places as if the entire world knew to what and where they were referring. Often times, most of those names could not be found on any official document, including a county map.

Still, people used the names as reference points, meeting places and settings for stories, imaginary and true. With apologies to Stephen Colbert, the “truthiness” of the tale didn’t really matter.

In my teaching days, my elementary students matter-of-factly offered up perfect examples of what I mean. When I asked the students where they lived, I got answers like “on French Ridge” or “next to Dingle Brown” or “ beside Blackbird Croskey.”

Once I caught on to this provincial name-dropping, I tried turning the tables on the kids through the lessons. They found it down right sacrilegious to learn that Glenmont had once been Napoleon and Killbuck was first Oxford.

Nor did they believe me when I told them that Fort Fizzle had really been a fort, and the cause of its rebellious caretakers actually did fizzle. It was an insignificant skirmish in the American Civil War. But it was our own.

The cute terminology wasn’t confined to the schoolhouse either. Once, when I reported to the fire station after the alarm had sounded, I found the first two trucks gone and the station empty. I checked the chalkboard where the type of run and its location were hastily scribbled. “Grassfire, Baddow Pass” was all it said.

I was stumped. I had no idea where that was, and had to wait until another volunteer showed up to find out which way we should go.

The name game even spilled over to church. When the youth group wanted to go on a hayride to Panther Hollow, I again had to ask about the exact location. When we got there, it was so spooky I thought it should be named Ghost Hollow. But I soon learned that was actually on the north side of the nudist camp. And no, I am not making up any of this.

When I moved to the eastern part of the county, I discovered the local names just as prolific, if not more so. Amid the Amish and Mennonite culture, several people have the same name. But there was only one Bicycle Dan and one Toothpick Andy.

We had our church picnic in Troyer’s Hollow. The Stink Plant sits on Weaver Ridge. Good friends live on Joe T. hill.

In the western, more Appalachian area of the county, the hills are steeper and the valleys are wider. In the east, with its more gently rolling hills, the tranquil valleys are referred to as bottoms.

A young woman was once talking with a small group of people about what each valley was called. She said she lived in Bulla (or Bull) Bottom, and that the valley on the north side of Walnut Creek was called Genza (or Goose) Bottom.

She promptly turned to a young man who lived over the next ridge, and innocently asked him, “And what is your bottom called?”

Like I said, I love these earthy, rural names rich in traditions and full of life, goodness and virtue.

I recently had a very nice conversation with a six-year-old girl named Sophie. I told her that I liked her name. In response, she just beamed an ear-to-ear smile and blinked her brilliant blue eyes.

I didn’t tell Sophie this, but she reminded me of another Sophie I knew when I was in elementary school. That Sophie and I were in the same grade and often in the same class.

I remember her in part because of her name, which was rather unusual in the 1950s. Plus, when compared to the rest of the hoard of heads in the overflowing classroom, Sophie’s last name was even more foreign than her first.

Just years removed from World War II and in the midst of the Cold War, families with eastern European last names were often 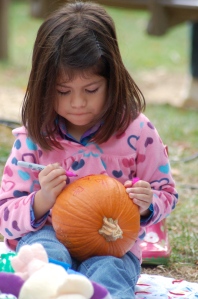 looked at askance. That didn’t make it right. It’s just the way it was. As I recall, Sophie was even picked on by other kids, despite her pleasant personality and her charming looks.

I never liked that she got taunted. But I don’t remember ever standing up for her either. I admired Sophie for being so impervious to the mocking and bullying. I seemed only able to empathize with her, stymied by my own juvenile sense of inferiority.

I got teased a lot in school, too. Out of the hundreds of students in our elementary school, I think I was the only Bruce. It didn’t help that I was small and younger than most kids in the class. I remember the hurt feelings more than exactly what was said. I couldn’t imagine how Sophie felt. Yet she kept that furtive smile and carefree attitude.

I silently blamed my parents for my troubles since they had stuck me with the cursed name. I don’t think they liked me. I theorized that since they already had a son, they were hoping for a girl next. Back then, parents had to wait until the actual birth to know the sex of their child.


I figured when another boy popped out, my parents were so disappointed that they named me Bruce. Coupled with my last name, callous students also poked fun at my initials. I had to wonder what were my parents thinking.

My predicament grew worse. A couple of years later, my parents got their girl and I became the forgotten middle child. To complete the Stambaugh brood, Mom bore both another boy and girl.

As you might imagine, the derisive name-calling worsened among the squirrelly junior high school kids and the insensitive high school jocks. When I finally began to both accept my name and get over my silly self-pity, I realized what my classmate Sophie had known all along. Bruce, like Sophie, was just a name, and a decent one at that.

I long ago got over my folks tagging me with the name Bruce. I’m just plain stuck with the initials. Given my orneriness, I probably have earned them anyway.


I enjoyed my recent chat with young Sophie; glad for the memories she evoked. From what I could tell, Sophie had already learned an important lesson that would take her far in life.

Like the Sophie in my elementary school, this sociable first grader instinctively seemed to know that it’s not what’s in a person’s name that is important. It is what’s in the person that really counts.

"Shootin' from the Hip Photography Tips"

News about Harrisonburg issues and politics

A fork in the road

Yogi said, "When you come to a fork in the road, take it." So I'm following the white blazes.

VANDALISM? CORRUPTION? HAVE NO WHERE ELSE TO TURN? NO STORY TOO BIG OR SMALL THE OSN WILL INVESTIGATE! Please email news tips to Hildelysiak@gmail.com