Is there a healthier, more palatable compound word in the English language than homegrown? Not when it comes to fruits and vegetables there isn’t.

For someone whose daily diet requires at least five servings of fruits and vegetables, summer’s bounty is heaven on a plate. When most of what you eat is homegrown, it tastes even better.

That’s probably due in part to the freshness. There’s also great gratification in keeping a vegetable garden. Gardening takes patience and faith, along with the joy of hard work and the hope of happy harvests. A little gardening wisdom doesn’t hurt either.

Since the 1988 drought, we gave up general gardening, and have specialized in growing heirloom tomatoes. Once they begin to ripen, I relish the chance of picking a plump, juicy tomato from the sinewy vines. I can eat it right there or enjoy a plate of fresh slices drizzled in olive oil, and sprinkled with basil and a little salt and pepper.

Until then, I’ll continue to enjoy the many seasonal options available to us from local produce markets selling fresh-picked offerings. We’ve already marched through the strawberry fields together, enjoying the succulent berries. They seemed extra sweet this year.

Early sweet corn is already beginning to show up. I’ll wait for August’s Incredible cobs myself. It’s a culinary delight to hold a steaming, tender ear of cooked or grilled sweet corn, melted butter dripping onto the plate. I savor that first corn taste of the season, lightly salted of course. 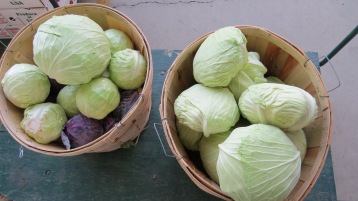 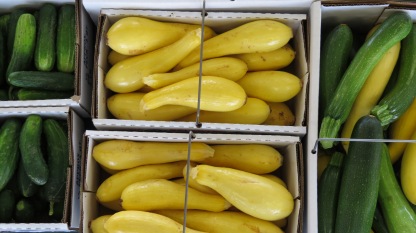 Locally grown produce like these tomatoes is often donated to the food pantry.

Summer has many other garden gifts to give. Plump, sweet-tart black raspberries add rich color, pleasing texture, and tangy taste whether plopped on cereal, eaten with milk or enjoyed right off the bush.

I guess I gained this vegetarian affection for all things homegrown early in life. My folks kept a large garden a couple of miles from our suburban home. We children helped till, hoe, plant and pick the wide variety of veggies Mom and Dad chose to grow.

I enjoy the rainbow of colors of the fruits and vegetables as much as their wondrous tastes, whether eaten raw, grilled, cooked, steamed or baked. It’s all good, as long as the onions and peaches don’t co-mingle on the grill.

Fresh fruits and vegetables provide healthy and nutritional meals, along with a natural dose of flavorful fiber. Those old enough to appreciate a 1957 Chevy will understand what I mean by that.

Fruit and veggie colors, aromas, and flavors brighten up our lives right through October or the first frost here in Ohio. Of course, Ohioans aren’t the only folks invigorated by produce.

People all around the world, rural, suburban and urban alike, appreciate the many benefits of homegrown food. I’ve seen productive gardens on the mountainsides of Honduras, and in the front yards of brownstones in Brooklyn, New York.

Whether you grow or buy homegrown, the multi-sensory rewards are the same. I’m grateful the fruit and vegetable harvests have begun in earnest.

Nearly five years ago, I was forced to change diets. That’s right. Forced.

During my annual physical exam at the doctor’s office, I happened to mention that I had recently had a couple of dizzy spells. With a family history of strokes and heart issues, the doctor ordered some tests, including a MRI.

On the return visit, I was told that I had cerebral arteriosclerosis, or hardening of the arteries of the brain. If I continued my regular lifestyle, including my normal, unrestricted diet, I would run a high risk of a stroke.

The doctor of course prescribed medication, encouraged me to increase my exercise routine, and to drastically change my diet. The “don’ts” of the new diet far out numbered the “dos.”

The orders were no beef or pork, no processed food, no fried food, and only no-fat dairy products. Instead, my choices were grilled, roasted, baked or broiled fish, chicken or turkey. In addition, I needed to eat at least five to six servings of fruits and vegetables a day. Basically, I could eat anything with two legs or no legs.

My head was spinning. The doctor must have sensed my tension because he did something rather unusual. He pulled up his own medical chart on his laptop and showed me his blood work scores. He, too, had the same disease, and had been on the same diet for more than a year.

My doctor was right. I could do it because I did. I have been eating that way every since and enjoying it greatly. In fact within a month of going meatless and eating lots of fruits and veggies, I felt much better.

Of course I had increased my exercise, walking for 30 minutes at least three times per week. I rode the exercise bicycle if the weather was bad.

My wife, the chief cook in our empty nest home, was diligent about preparing food that I could eat. Together we followed the same diet. 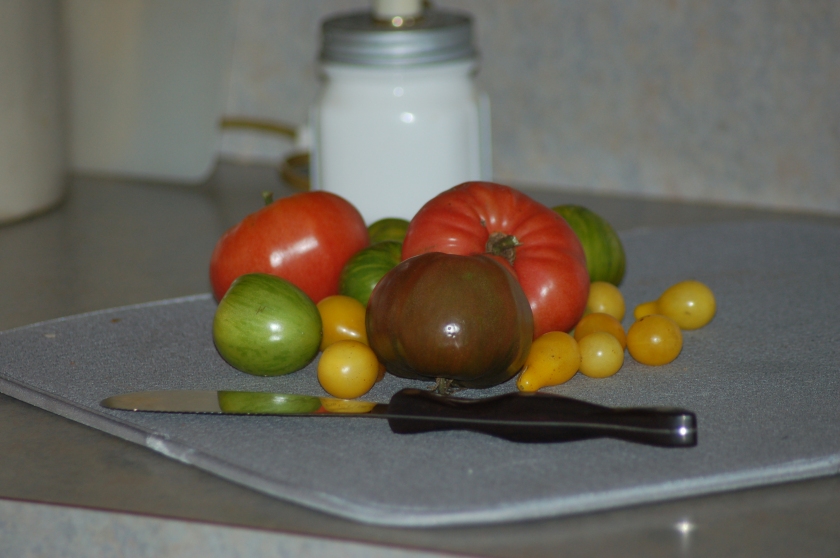 My change in diet came right when our heirloom tomatoes came ripe. That was both good and bad. The tomatoes were great to eat fresh off the vine or in a salad or salsa or soup, but I missed one of my favorite foods, bacon, tomato and lettuce sandwiches. Having the latter two without the bacon hardly qualified as a sandwich.

At my three-month checkup, I told the doctor about my BLT cravings. He said that it was all right to eat some meat once a month or so. I looked forward to my BLTs the next year, but kept to my no meat diet as best I could.

If I was served meat as a guest in someone’s home, I politely ate it, but only a small portion. While working in Honduras on a mission project with a group from our church, we were sometimes served beef or fried fish. Not wanting to be insulting, I ate what was prepared for me or furtively shared with another person.

A year after first going on my new diet I received the best news possible. My homocysteine levels, the important blood work scores, were below the danger threshold. The diet, exercise and medication were working.

My doctor was as pleased as I was. I told him that to celebrate I was going out to eat and have a steak. I didn’t of course. By then, the desire for meat had long faded. In fact, the greasy smell exhausted by restaurants makes me nauseous.

Even though the dizziness about which I had originally complained was unrelated to my disease, I was ever thankful that I had mentioned it. I feel better, less lethargic, and more vibrant. I have lost a few pounds, and enjoy my regular walks, which have the added bonus of communing with God and nature as I stroll along our rural roads.

Best of all, I am able to maintain my regular routines and enjoy not only the food I eat, but the life that God has given me one day at a time.

This article appeared in the July 2012 edition of Purpose, Stories of Faith and Promise.