We got the last space in the parking lot. My 11-year-old grandson and I were beginning a hike in nearby Shenandoah National Park.

We had trudged this trail with his entire family a couple of years ago. This time the two of us would do the trek on our own terms and in our own time. Clearly, though, we wouldn’t be alone. The warm sunshine and cool temperatures drew many others to hike in the perfect weather.

I carried snacks and water in my multi-pocketed vest I mostly used for birding and photography. I packed extra batteries for my camera given my history of digitally documenting every step of the way. Davis carried the binoculars.

Our ascent began as soon as we crossed the roadway. Soon we joined the Appalachian Trail that winds through the Blue Ridge Mountains. A stone marker with a metal band identified where our loop trail and the main trail split.

We indeed encountered other hikers, some early birds who were on their way down, and others like ourselves who were ready for the rocky trail ahead. As we climbed, we always had to watch our step. The trail consisted of dirt, stones, terraced steps formed by exposed tree roots, and huge rocks.

Ascending the summit of Bearfence Mountain is more of a rock scramble than it is a climb. For an 11-year-old, it was child’s play. For a creaky-boned, gimpy-kneed grandfather, it felt like survival.

I struggled to pull myself up the jagged boulders that served as the ridge-top trail. Undulating, rocky outcroppings intermittently protruded above the surrounding forest of oaks, maples, sassafras, wild cherry, and dogwoods.

Davis, on the other hand, bounded catlike up, down, and around the biggest boulders. Rectangular dabs of baby blue paint clearly pointed the way over the exposed bedrock and through narrow crevasses and the many trees. When I dallied, either to catch my breath or to take a photograph, Davis retreated to make sure I was keeping up.

During an easier section of the trail, Davis surprised me with a hiking theory he had developed. He said a team of hikers required five different people.

“You need a photographer,” he said, “who is last in the group because he or she is always taking pictures to document the trip.” I appreciated both his astute observation and his subtle hint at picking up the pace. 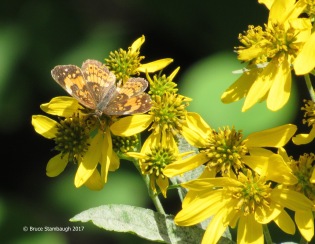 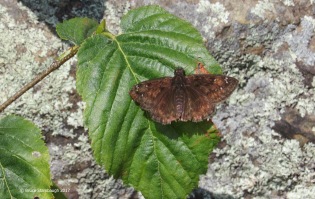 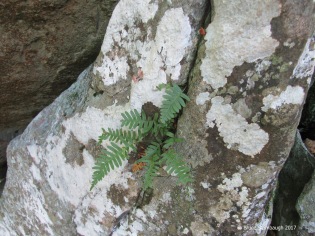 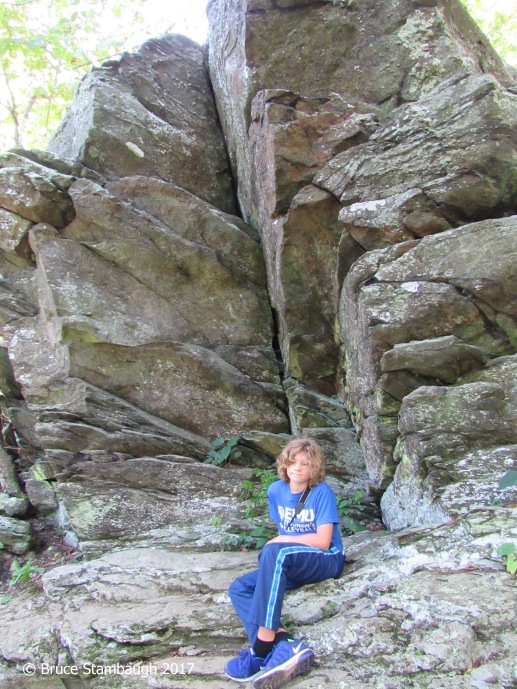 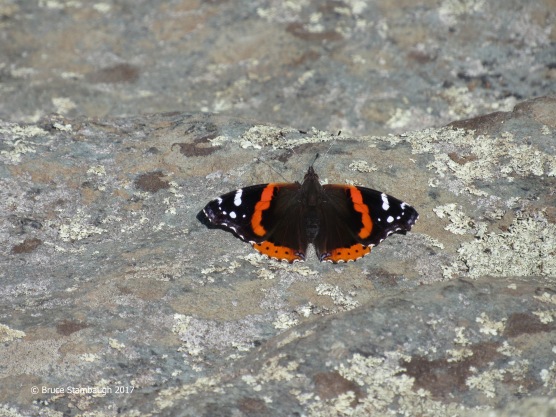 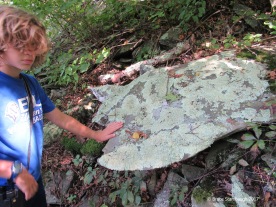 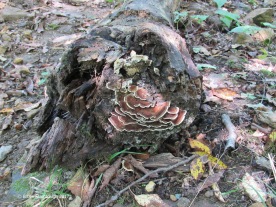 A hiking team also needed an explorer to guide the group and who usually took the lead, he continued. I think he had found his calling. The other skilled positions included a writer to record and report about the trip once it is completed, a carrier to tote the equipment, and a collector who gathers samples to research after the expedition.

I thought his comments both profound and practical. However, I quizzed him about the obvious. Weren’t the two of us already doing all of those tasks?

As we enjoyed the expansive views of the Shenandoah Valley to the west and ate our snacks, other hikers joined us. Butterflies danced in the forest openings and sunbathed on lichen-covered rocks bordered by wildflowers and bright berries. Davis, of course, kept practicing his hiking team concept by being the explorer. He disappeared and reappeared at will.

I didn’t need to ask my grandson what he thought of the day. Davis’ enthusiasm spoke more ardently than any words could. He had enjoyed the outing as much as his pooped Poppy.