Deer season is at hand. It couldn’t come soon enough for avid deer slayers. Thousands around the state will be out in force trying their best to cull the herds of white-tails that roam all across Ohio.

I won’t be one of them. I’m not against hunting, mind you. I would just rather shoot deer with my camera instead of a gun. Besides, my family and I have bagged our share of Bambies the expensive way, with our vehicles.

As a young boy, I went hunting often with my outdoor sportsman father. Squirrel hunting was my favorite. I especially enjoyed a rolling farm far from our suburban home.

I loved the slow, quiet walk among the pastured hardwoods. An amenable creek, really the headwaters of a major river in eastern Ohio, meandered through the giant beeches, oaks, maples, walnuts and wild cherries.

Holsteins grazed the natural grasses that grew beneath the impressive stand of tall trees. It made for easy walking and great visibility. My father and I could be distantly separated and still stay in eyesight of one another.

I shot rabbits and pheasants, too. But those were found more in open, overgrown fields, thickets and fencerows than in the woods. It was among the graceful trees where I felt most comfortable. Even in a gentle breeze, their creaking limbs spoke to me. I could dream and hunt simultaneously. 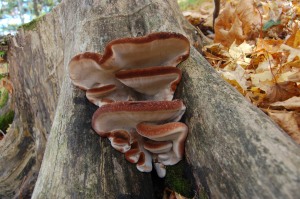 Dad never invited me along to deer hunt. He probably sensed my romanticizing or lollygagging while on the prowl. Lord knows there’s no room for either when driving for deer. Dad was too antsy to occupy a deer stand.

I always said that the deer were safe as long as Dad was after them. In all the years he hunted, I think he only ever shot two, and one was a fluke. Dad told that story like a Dickens novel.

He was in southeast Ohio where the hills are high and the valleys steep, and the landscape was thickly populated with mixed, second growth hardwoods. Occasional meadows broke the tree monopoly.

Dad had been tracking a deer for a while and finally spotted a big buck across the valley, loping up the opposite hillside. Dad took aim with his trusty 20-gauge and fired just as the buck leaped over a fence.

Dad said he saw the deer drop. He hustled down the hill, crossed a small stream and lumbered up the other slope. When he reached the fencerow at the spot where he had shot, Dad leaned over the vine-infested barrier and got a shock. There was a dead deer all right; only it was a doe, not the buck.

Of course Dad took a lot of ribbing from his hunting buddies. But he always insisted that he had shot at a buck. All he could figure was that the doe was lying out of view beyond the fence. His slug must have missed the buck and hit the doe.

Dad loved to tell the “I shot at a buck and hit a doe” story time and again. I had no reason to doubt his word whatsoever. I saw the joy that it brought him as he laughed through the details that never changed.

I don’t have to go hunting to enjoy deer season. I’m satisfied to recall my father’s true tall tale. It makes me as happy as if I had shot a 12-point buck myself. Or was it a doe in disguise?