The school superintendent called him his million-dollar man. To illustrate his point, the school leader even had mock million dollar bills printed with the person’s face front and center.

The scenario played out at the beginning of this school year in the school district where I had grown up. Along with hundreds of others, I had been invited to attend the opening rally as a guest. As people entered the stadium where the ceremonies were held, each person was handed the play money.

During the 90-minute ceremony, the superintendent recognized many people in the district for their outstanding efforts. He also announced that the district had achieved the top academic awards in the state.

The summit, however, was this one man who had worked so tirelessly to reduce costs for the financially strapped district. The superintendent had calculated that this one individual had saved the district a million dollars through cost saving changes, including the installation of energy saving light bulbs. That’s what earned him the extra special notoriety.


I was duly impressed and honored to have witnessed this celebrative opening to another school year. Though I had not been a part of the district for years, I felt connected and inspired by what had transpired.

The proceedings were a reminder to me to thank those who have made a difference in my life. Of course, I realized I wouldn’t have to have play money printed up to do so. A simple word of thanks, a personalized note card, a hardy hug, would send the proper and immediate message.

Believe me, I have much for which to be thankful this year. This hasn’t exactly been the healthiest year of my life, and yet, here I am at Thanksgiving, alive and well, and forever grateful.

A good place to start would be with my wife, who has been by my side through thick and thin. She has gone far beyond the second mile for me.

I have nothing but praise for the good doctor who removed the cancer from my body. My recovery continues. Overall, I feel great, and best of all I am cancer free.

At the same time, I can tick off person after person that I either know personally or have heard of who have not had the same results. Their illnesses or injuries remind me to be humble in my elation yet determined in my prayers for them and their families. 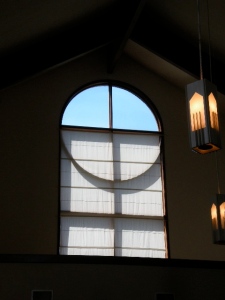 Still, as the thoughtful and expressive superintendent modeled, we must not hold back in our praise of others when they accomplish great things for themselves or for the good of the community. It truly is better to give than receive.

As we approach this national holiday of thanks with its abundance of savory food and gathered family, I plan on thanking people who have made a difference in my life. I’ll tell them how much they have meant to me and how appreciative I am for their contribution to my life.

How about you? Who have been the million dollar people in your lives?

As part of celebrating this Thanksgiving, consider offering a few words of thanks to those who have helped you along your life’s path. You don’t have to print up hundreds of fake million dollar bills to show your appreciation. But you can if you want.