Who doesn’t love food, fun and fellowship, even if they happen early in the day around the breakfast table?

Studies show that eating breakfast is important to maintain good health. It helps you get your day started right. I’ve discovered that’s true far beyond the nutritional benefits of healthy breakfast foods.

When it comes to breakfast, I am a fortunate person indeed. I don’t mean the quality or quantity of the early morning fare or the sacred times alone with my wife or sharing blueberry pancakes with the grandkids.

I am blessed to be a part of three entirely different, unrelated groups that all happen to meet regularly in charming Mt. Hope, Ohio for breakfast. Sharing around a common meal, including breakfast time, is special. Given the conversations, there is no dozing at these tables.

For several years now, I have been privileged to commune at breakfast every Friday morning at a local business where I serve as a consultant. At least that’s my definition of how and why I keep showing up for Friday morning “break” as the regular employees refer to the gathering. And what a time it is, too.

On a rotating basis, each member of the company’s team, plus me, takes turns bringing breakfast for the 15 or so staff members. The menu is entirely up to the person responsible for hosting the break. The cuisine ranges from sausage gravy on biscuits to homemade sweet rolls to French toast casseroles. Fresh fruit and juice are often provided, too. Anxious anticipation always seems to precede my turns. They’re not afraid that I’ll forget or even of what I bring because my lovely wife always whips up some tasty breakfast treat. To be honest, I think that’s the only reason they keep me on the list.

You get your own food cafeteria style and come to the giant table surrounded by chairs and benches. Then the fun begins all around, with internal jokes and good natured kidding.

The second group is a gang from church that meets monthly in the town’s restaurant. Dubbed “55 Plus,” the attendees belong to the senior citizen bracket, unless our young pastors make an appearance.

Though I can’t always participate, I love to hear their experiential stories. That age group has a lot to teach us young bucks if we’ll just listen. From time to time, an informative speaker does the sharing.

The other group is the newest and most serious of the three. The straightforward sharing has priority over any food, which is more often than not simply toast and oatmeal. The troop started as a support group for three of us, all prostate cancer survivors. We share the latest concerning our conditions and healing, both physical and emotional.

A fourth prostate cancer cohort joined the group, and then recently, we added two more to the Blue Men’s group, which is what we have labeled ourselves. The title reflects the fact that blue is the color for prostate cancer. One of the newbies is also a prostate cancer survivor. The other is fighting a courageous battle against a more formidable, horrible kind of cancer.

The extraordinary club includes business owners, pastor, engineer, writer and banker. Cancer indiscriminately invades many careers. I admire my friends’ frankness and honesty, their devotion to staying positive and living a servant lifestyle, no matter their profession or personal prognosis.

Friends and food make for fine fellowship. Together they sweetly season even toast and oatmeal with faith and hope.

We were rowdy without realizing it. What would you expect from three baby boomer couples?

About every month I meet with two other long-time friends for breakfast. Besides our age bracket, we all have something very special in common. All three of us are prostate cancer survivors.

Randy is a pastor. Kim co-owns his own business with his wife. Through a crisscrossing, intertwined past, we have known each other for most of our adult lives. It was the cancer, however, that brought us even closer together.

We jokingly call ourselves the Blue Men’s group. Blue is the official color for prostate cancer, juxtaposed to pink for breast cancer in women. There’s no joking about either.

We meet at a local restaurant to share. Finding others who have gone through the cancer experience is critical to full recovery, especially emotionally. We are our own support group.

We were all diagnosed within a year of one another. Like so many other cancer patients, we had the same disease in the same location. However, we all had our differences, and each chose, to use the term loosely, a different route for treatment.

Randy had radiation treatments and has stayed cancer-free. Because his cancer had escaped his prostate, Kim’s options were not as simple. He had chemotherapy, radiation and Lupron shots. He has just recently been given better news regarding his long-term recovery, and has good reason for a much more optimistic outlook than he did only a few months ago.

Based on my situation and diagnosis, I chose robotic prostate surgery. I was in the hospital one day and out the next. My PSA tests continue to be immeasurable, just like my compatriots.

We meet to share our progress, and to encourage one another. All three of us are in long-term marriages, and cancer, no matter which kind, affects the spouses, too.

We have been meeting for two years now. Because our spouses are such an integral part of our recovery, we annually do a nice dinner out with the wives. We did so recently, and this time we had even more than our trio of good reports to celebrate.

On this particular occasion, we were exulting with Randy’s wife, Amy. Like too many other women, Amy has breast cancer. She just recently completed a lengthy series of challenging radiation treatments. Amy said she was really rejoicing because she now had more hair than I do. That wouldn’t take much.

Her journey isn’t over. But it was a joy to sit around a table and laugh and share instead of worry and dread the unknown. By communing together, we lifted each other’s spirits in a way that none of us could have alone.

My wife and Kim’s needed support, too. As faithful wives, they have had to endure the consequences of both treatment and recovery. They also cared greatly for Amy, with whom they could easily identify.

This night, in this restaurant, gathered with comrades in loving arms and warm hearts, we were as one. Around that dinner table an unspoken common spirit of celebrative unity reigned. Gratitude overcame dread. Communal relief replaced disquieting uncertainty. Laughter was our dessert.

Finally, something good had transformed out of something really bad. We only hoped the restaurant staff and other patrons understood our irrepressible joy. 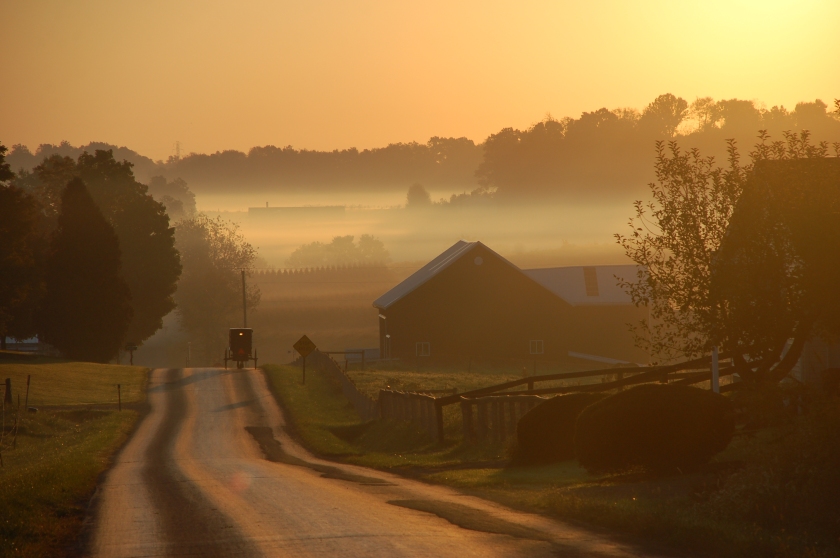