My wife and I had already taken several photos of the beautiful double waterfalls in remote northeastern Georgia. We had no idea the Anna Ruby Falls were even there until a resident of nearby Helen, Georgia encouraged us to go see them.

Little did we know that we would discover more than gorgeous cascading mountain streams on our brief side trip into the highlands of the Chattahoochee National Forest. We encountered much more than natural beauty.

It was an easy but exhilarating walk on the paved path from the parking lot to the base of the roaring waterfalls. A pair of convergent streams formed Anna Ruby. Together Curtis and York Creeks thundered with the melt from a recent heavy snowfall.

As we turned to retreat down the half-mile path, a mountain man appeared on the eastern hillside. Amid the mature hardwoods, dormant laurels, and granite outcroppings, he gingerly descended the slippery path with his walking stick to the base of the falls.

The man had a long, full flowing beard, a partially buzzed head, tattoos, wore a hiker’s kilt, and lugged a loaded backpack. He also had a smile that wouldn’t quit. It was clear this man was serious about his hiking.

Though the day was cool, this middle-aged man was sweated from his strenuous trek across the countryside. He had found the falls more by accident than a destination. He had incorrect directions.

We introduced ourselves, and the friendship was on. Gary shook hands with us. I took his photo with his phone camera. Gary said I was the first person ever to offer to take his photo. I liked the guy already. When I heard the rest of the story, I liked him even more. 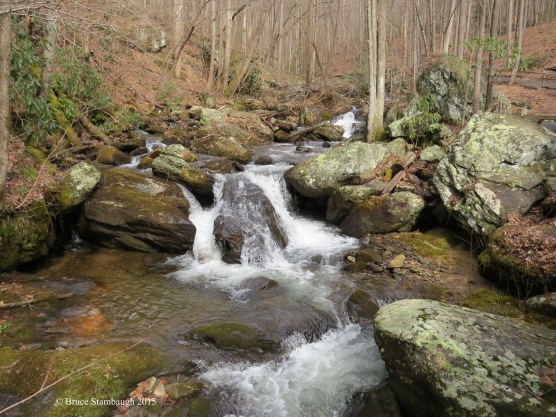 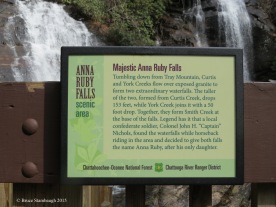 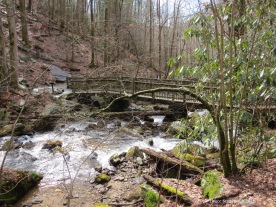 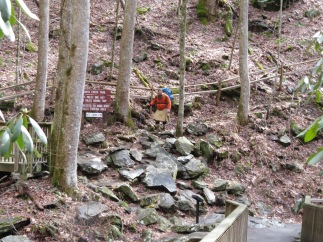 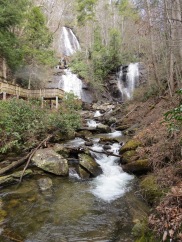 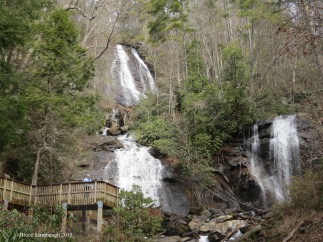 Gary had been in the military, was from northern Michigan, had a wife and four children, and served as a minister. He was on a personal quest to hike the Appalachian Trail, or AT as the pros refer to it.

And just like that, Gary was off to find the closest AT trailhead. On our way out to the main road, we spotted our new friend walking. We offered him a ride, and Gary gladly jumped in.

We were glad he had, too. It was six miles, mostly uphill, to where he needed to go. That gave us just enough time to get further acquainted. He lived in Michigan’s cherry country. We lived in Ohio’s Amish country.

As he exited our van, he pulled out a postcard addressed to his family back home and asked us if we would mail it. Why, of course, we would do that. We deposited it at the next post office we came to miles down the mountain.

Imagine our surprise when a few days later Gary’s lovely wife, Nicole, called to thank us for helping her wonderful husband, and for mailing the card. I had given Gary my business card, which is how Nicole got my number.

Nicole asked for our address. Gary wanted to send us something for helping him. I told her that wasn’t necessary, but I complied with her request nonetheless.

A few days later a weighty little box arrived in the mail. I couldn’t wait to open it. Chocolate covered cherries, cherry jam and other cherry goodies filled the gift box. It was quite the surprise.

I’m glad we didn’t hesitate to give Gary a ride that day. I think the friendship will last longer than the chocolate covered cherries did.

8 thoughts on “A stranger who quickly became a friend”