The Amish in the Holmes County, Ohio area have been in the news in recent months, and the news hasn’t always been good. The bizarre hair-cutting incidents, murders, financial fraud and accidental shootings all had the bright lights of media coverage shining on the normally peaceful and private Amish folks.

By faith and by lifestyle, the Amish wanted none of the attention. Yet, Amish are humans, and subject the same extremes and circumstances as any other individual, family or group of people. When something disturbing and uncanny happens among the world’s largest Amish population, the media swoop in to tell the world about it.

Certainly, the media has its right and responsibility to report stories it deems important. When it comes to radical events concerning the Amish, like the renegade group led by Sam Mullet of Bergholz, Ohio, it seems the world can’t get enough information.

Indeed, that desire to know is understandable, especially when it involves the normally reserved Amish. Violence in a usually peaceful and peace-loving community is an anomaly, and definitely incongruous with the Amish lifestyle.

The problem is, of course, that the Amish really want nothing to do with publicity, whether positive or negative. Humility is a main premise to their way of life. They believe that no member should be the center of attention, whether for doing good or doing ill. The Amish culture is centered on community, not individuality.

It is when the extraordinary in the community occurs, like the recent hostile beard cutting incidences, that that norm is broken. The unusual acts are extensively reported, and the world responds with questions and fascination. Again, the Amish prefer not to be featured as a general rule. But they also want the world to know that these extreme human behaviors are exceptions, not the rule, in the regular work-a-day-world. 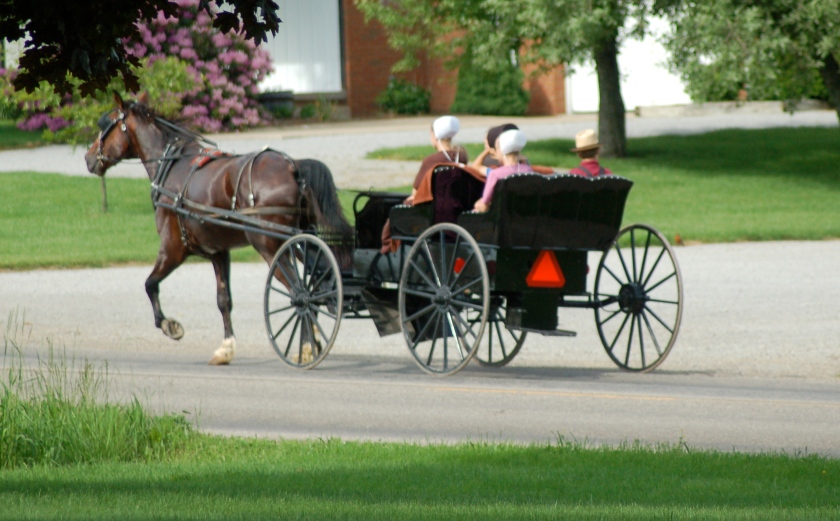 Just their choice of slower living lifestyles alone actually brings about media attention to Amish country. Many film and TV documentaries have been recorded and broadcast depicting the Amish and their less hectic lifestyle. Unfortunately, many of these productions often misinterpret or misrepresent the Amish and their values. When that unusual lifestyle is interrupted by extreme circumstances, the reporters from around the world flock in to get the scoop.

The Amish deplore any violence, whether it is done to them or others. In the case of the accidental killing of a 15-year old girl riding in a buggy, the shooter himself was Amish. Within days, the two families reconciled privately, saddened by the unfortunate and unexplainable one in a million chance that took a young life. The families forgave, and worked at getting on with life as best they could. That precious act of communing drew no media attention, which was just fine with all involved.

The Amish understand society’s need to know. They just don’t want to have their beliefs violated in gathering the sordid facts. If they do agree to a rare journalistic interview, Amish do not want their faces shown on television or in the newspaper.


That bit of advice certainly should be followed by anyone visiting Amish country. Knowing that Amish prefer not to be photographed, it is best to take pictures of them from the back and from afar. In other words, take a picture of a field being plowed with the horses and farmer going away from the camera.

When in a large crowd with mostly Amish folks like at one of the area’s numerous benefit auctions, be sensitive to the setting. Photographs of individuals would be discouraged.

The global media infrequently descends upon Amish country to report unusual stories. When they do, the Amish prefer to steer clear of any of the attention. They understand that the story needs to be told. They just don’t want to be a part of it.

This article appears in the current edition of Ohio’s Amish Country.